The Latham’s snipe project is a collaborative effort with a team of experts in ornithological research, movement ecology, community engagement and wetland habitats. It is supported by the South Beach Wetlands and Landcare Group, the Woodlands and Wetlands Trust (Jerrabomberra wetlands) and BirdLife Australia.

Birgita Hansen is a postdoctoral researcher at Federation University Australia. She has many years’ experience in the field of ornithology, specialising in wetland and waterbird conservation and management. She is currently leading a programme of study aimed at building an understanding of the habitat requirements of Latham’s Snipe in south-west Victoria, which is a stronghold for the species in Australia. This study is part of a larger research programme she is developing aimed at improving the management of wetlands in western Victoria by working in close collaboration with private land owners and Natural Resource Management bodies. She is a long-time member of the Victorian Wader Study Group, a volunteer-run organisation that captures and monitors migratory shorebirds in Australia. She is also the treasurer of the Australasian Wader Studies Group.

David Wilson is an independent ecological consultant based in Castlemaine, Victoria specialising in fauna conservation and habitat management. He has spent the past 15 years in ecological research and management roles for state and federal governments, universities and in consulting. Ornithological research is his passion, and he has previously studied penguins in Antarctica, bowerbirds across northern Australia and bird communities in the Australian mallee and rainforests. When he is not working on birds, his holidays are spent looking for spectacular species in far-off countries – recently trips include searching for Altai snowcock in Mongolia, Bristlehead in Sabah and winter specialities in Japan. 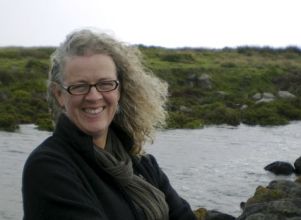 Jodie Honan is an educator and freelance researcher/writer and volunteers with South Beach Wetlands and Landcare Group in Port Fairy. She has over 25 years experience in conservation management and community engagement including as a Biodiversity Officer and Park Ranger. Her first loves were marine invertebrates and the Glenelg Spiny Freshwater Crayfish, but she has also worked with the community on native grasslands and grassy woodlands, wetlands, waterbirds and migratory species (inc. Orange-bellied Parrot, Short-tailed Shearwater, Latham’s Snipe, Southern Right Whales) and oral history of natural places.

Richard Chamberlain slowly drifted from Marine Biology to Ornithology during his studies at James Cook University, Townsville, after spending more time in the rainforest watching birds than looking at fish out on the reef. He has volunteered with CSIRO numerous times assisting with fauna surveys in the Cape York Peninsula. Most recently, Richard completed a Master’s Degree in Applied Environmental Science in Sweden where he validated patterns in publically reported nesting records of ducks in constructed wetlands, as a powerful tool for researchers and natural resource managers. He also works a guide and naturalist on small expedition cruise ships, most recently completing his first season in the Kimberley.

Lori Gould is the Program Manager at Jerrabomberra Wetlands, employed by the Woodlands and Wetlands Trust to engage the broader community to experience all the Wetlands has to offer. She also manages scientific engagement at the Wetlands including the ACT collaboration for the Latham’s Snipe project. In her spare time she runs an environmental consulting business – GrassRoots Environmental. Lori has been in the environmental space for the past 17 years as a Senior Project Manager with Greening Australia, specialising in riparian and catchment management and as a Park Ranger with ACT Parks and Conservation Service. Lori is also a Fellow of the Peter Cullen Trust. 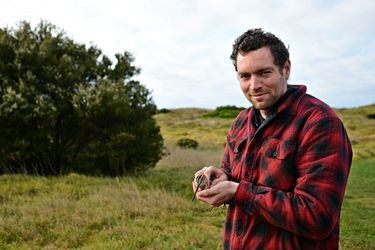 Andrew Crossley is doing his honours research on radio tracking of Latham’s Snipe in Port Fairy. He completed his degree in Environmental Science at Deakin University in 2016.

Tatsuya Ura has been studying breeding behaviour and sexual dimorphism of Latham’s Snipe for his Masters Degree. Some of these results have been published in Emu (2005, 105: 259-262). Recently he has been undertaking research about the effect of wind and solar farms on birds, as senior research biologist of the Wild Bird Society of Japan (WBSJ). The WBSJ have a strong interest in the conservation of Latham’s snipe. 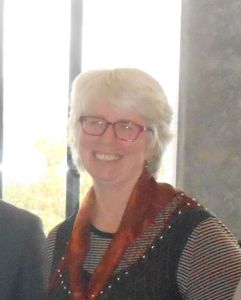 Michelle Casanova is a wetland ecologist and specialist in submerged water plants. She has been working on conservation of temporary wetlands, where snipe shelter and feed, in Australia and south west Victoria.

Inka Veltheim is a PhD candidate at Federation University Australia with a passion for waterbird and wetland conservation. Her PhD project is investigating movements of the Brolga in western Victoria. More information can be found at http://www.swifft.net.au/cb_pages/brolga_research_project_home.php. She has extensive experience in satellite tracking waterbirds. 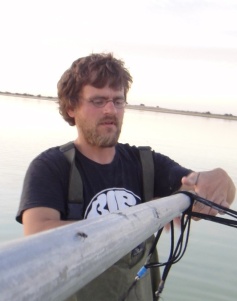 Simeon Lisovski was a postdoctoral research fellow at Deakin University in Geelong. He is interested in a broad range of questions regarding migration and how migratory strategies are shaped by external factors like the environment as well as internal factors such as pathogen immunity and sexual selection. He has experience in ornithological research on multiple species ranging from skuas in Antarctica, passerines in Europe and ducks and waders in the Australian outback. Simeon is also involved in the development of software tools to process and analyse light-level geolocator as well as satellite tracking data.

South Beach Wetlands and Landcare Group based in Port Fairy has been working to protect local habitats and their inhabitants since 1999 including revegetation, survey and reducing the impacts of proposed developments. The group includes a diverse range of people who live in or are connected to Port Fairy. The group’s goals are:

New members are welcome and should contact the group via: morlines@bigpond.com.

The Woodlands and Wetlands Trust manages the Mulligans Flat Woodland Sanctuary and the Jerrabomberra Wetlands Nature Reserve, collectively protecting over 600 hectares of the Australian Capital Territory’s most significant landscapes. These reserves showcase the importance of environmental assets in our communities.

Latham’s Snipe are a regular visitor at Jerrabomberra wetlands and the Trust, together with the Latham’s Snipe Project, are aiming to learn more about the population and migration of birds that overwinter there.